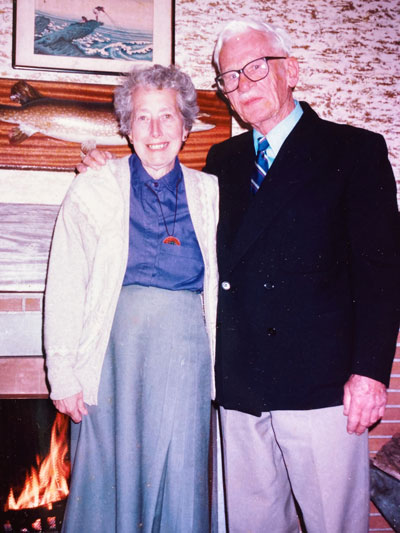 John C. Field Vic 7T8 and his siblings, along with friends and former students, established the scholarship in memory of their parents, Eleanor Margaret (Woodger) Vic 4T7 and G. Wallis (Wally) Field Vic 3T5, who met and fell in love at Vic, while pursuing their graduate studies in German. They dedicated their academic careers to their students in their studies in German and its literature. Wally was a full professor at Victoria College and U of T and a member of the Department of Germanic Languages & Literatures from 1949–1979; Eleanor taught German at St. Clements School, an independent girls' school in Toronto, until her retirement shortly thereafter. A constant desire for both Eleanor and Wally was to see their students thrive and excel and to maintain Victoria College as a home of academic excellence. “We are so pleased that the scholarship has benefited so many Vic students, including Mina Ali this year, since the scholarship was established almost two decades ago,” says John C. Field on behalf of his siblings. 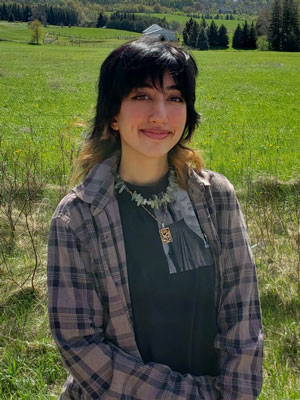 This year’s awardee is Mina Ali, who was born in Pakistan and immigrated to Canada with her family as a young child. She lives in Brampton, Ontario and commutes to the Victoria College campus by the GO Train. Currently in her fourth year, she is pursuing a double major in philosophy and German and a minor in history with a particular interest in Canadian history. Ali found herself drawn to studying continental philosophy in her first year and so she became actively involved on campus with the Philosophy Course Union. She has remained with the Union for over three years now and currently serves as co-president of the organization. She also takes part in the Ekphrasis reading group, which focuses on aesthetics and the philosophy of art. Looking forward, she hopes to attend law school and work in immigration law to give back to her community. For her overall A-standing in German, Ali has been awarded the Eleanor and G. Wallis Field Scholarship. “This award is a significant achievement,” she says, “and I am grateful to the Field family for providing this award and for the lighter financial burden for me as I work to complete my undergraduate studies.”