The Alumni of Victoria College congratulates Justin Kwan, Grace McDonell and Kira Treviranus, this year’s winners of the Emerging Leader Award. This award recognizes graduates, 40 years of age or under, who have excelled professionally or who have notable accomplishments in their volunteer service, such as community work, humanitarianism and philanthropy. 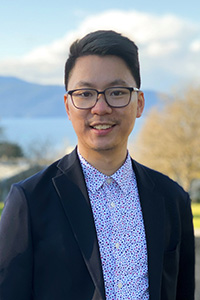 After earning his BA and MA, Kwan joined the Asia Pacific Foundation of Canada, Canada’s leading think-tank on relations with the Asia-Pacific region. As a project specialist at the foundation, Kwan worked on advancing Asia knowledge by supporting an Asia Pacific curriculum project for British Columbia high school students. Since 2019, Kwan has led the APEC-Canada Growing Business Partnership, a Global Affairs Canadafunded, an international development project that focuses on micro, small, and medium enterprises (MSMEs) in the Asia-Pacific. As senior program manager, Kwan is currently managing a $2.31-million phase two expansion of the partnership aimed at fostering sustainable economic growth in Asia-Pacific Economic Cooperation (APEC) emerging economies by improving business management practices of MSMEs and aspiring entrepreneurs in Indonesia, the Philippines, Vietnam, Malaysia, Thailand and Papua New Guinea to help them expand into global and regional markets. 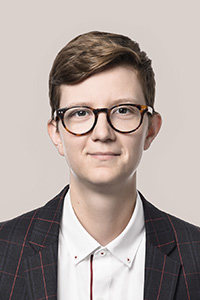 Not many lawyers right out of school get to be part of a case before the Supreme Court. Grace McDonell’s enthusiasm and drive to give back to her community has not wavered since her undergraduate days at Vic as a student leader. After Vic, she obtained a law degree and participated in a successful LGBTQ2SIA+ rights case at the Supreme Court of Canada. She has also acted as a youth facilitator for workshops that explore social justice issues; inequality, power, gender stereotypes and discrimination against high school students in Kamloops, B.C. McDonell constantly seeks to work within areas that can be uncomfortable, but she continues to fight the good fight, because she recognizes how important it is for marginalized voices to be supported and heard in our world and communities. She has a passion for LGBTQ2SIA+ rights, equity and social justice, and seeks to make real change through the law. Not only that, she recognizes that Vic has been a foundation for who she is now as a person, and seeks to engage with students in the Vic community to support them in their own future paths.

Kira Treviranus helps bring healthcare directly to at-risk communities through an innovative “Health Bus.” She has been recognized for applying her passion for social justice and driving change on multiple levels. The groundwork for Treviranus to effect change for the most vulnerable in our community as a researcher, activist and advocate, was laid at Vic. She supplemented her peace and conflict studies at Vic with professional training and graduate work. She is now a nurse practitioner with expertise in serving marginalized populations through innovative approaches to healthcare delivery. She has built her career at the intersection of high-value medicine, social impact, innovative healthcare, and interdisciplinary research. Since 2018, Treviranus has operated a mobile clinic on Sherbourne Health’s The Rotary Club of Toronto Health Bus, which serves as a critical entry point to healthcare services for patients who face major barriers to obtaining healthcare—including the homeless, LGBTQ+ populations, isolated seniors, and patients struggling with substance abuse. The Health Bus is one of the first of its kind in the Toronto area.