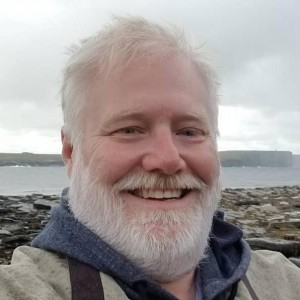 EC: Tell us a bit about your background—what were you doing before you arrived at EC?

NS: I came to Emmanuel along a relatively short path. I was involved in acting and music professionally and vocationally but was not convinced that I could enjoy the lifestyle inherent to either pursuit. I had a sense of calling to the ministry but was somewhat confused by modest successes in other directions. I sought the advice of the General Secretary Rev. Dr. Howie Mills (who had been my minister back at St. James Bond UC in the early 70s)—he advised that I might consider studying bio-ethics or classics as a way to prepare myself to make a decision about ministry. I took his advice and did a degree in classical studies at Trent University while continuing with a little theatre and a lot of music. As I began a graduate degree in classical studies, it became clear to me that my call was into ministry. The joy that I found in theatre, writing, music and academic study were all invited to flourish in the practice of ministry. Additionally, I found that I could be of value to others and not just build a personal reputation.

By the time I entered Emmanuel College, I had a wife and three young sons, an antique show business that would continue for another 18 years and a part-time job at Rosedale United Church.

EC: Tell us about your journey since leaving EC.

NS: When I completed my MDiv, I was ordained and called to Rosedale United Church as a full-time minister of word and sacrament working in a team with Rev. Bob Wallace. I would remain there for another four years. In 1995, I became minister to a two-point charge north of Bowmanville in the communities of Enniskillen and Tyrone. It was here that I learned to be a minister, to care about a community and see the individuals, value them as they are and trust them to value me. It broke my heart to leave, but after a decade I felt God’s call to turn my attention to Toronto and accepted a call to Jubilee United Church in 2005, the church where I remain to this day.

Serving a large urban church provided new opportunities, but the ministry remained fundamentally the same: to see people as they are, to trust them and support them in their potential, to grow together into whatever it is that God is calling us. It was at this time, that I was invited to be one of the facilitators for Emerging Spirit, having brief encounters with communities of faith and inviting them to recognize their potential in new ways of expressing church. I took part in some Presbytery governance during a time of restructuring and became a commissioner to General Council 40 in 2009. I also joined the Toronto Conference Interview Board and Pastoral Relations Board.

I was trained in the Ministry of Supervision and over the past decade Jubilee United Church has been enriched and inspired by many “new” ministers, including three interns and five contextual education students. I have had the honour of celebrating the ordination or commissioning of many remarkable ministers and laying hands on six. During this same time, I was invited to serve on the General Council which lasted until very recently.

I have served on the board of directors for the Toronto United Church Council and currently serve on the board of the Common Boots Theatre because the community will always produce art and supporting that is life-giving. It was on the United Church of Canada Committee for Indigenous Justice and Residential Schools, that I learned some of what it means to be a settler in the midst of an Indigenous body—how to listen and follow, to support and not try to direct; to listen to the Spirit in a way that seems new, but is not. This gave me what I would need to join the board of the Toronto Urban Native Ministry and support this vital and dynamic expression of faith, hope, justice and reconciliation.

I’ve served as chair of the Board of Vocation, the body that would oversee the new Office of Vocation, responsible for the nurture, support and discipline of ministry personnel in the United Church of Canada. Second, only to my call at Jubilee United Church, the Board of Vocation has been my primary church focus for the past four years, as we have been learning on the go, wrestling with issues such as the downsizing of the United Church on a national scale, the economic pressures on a shrinking middle class (most of our ministry personnel), intentionally de-colonizing our work while also being anti-racist and committed to greater diversity; the effect of social media on expectations on ministry personnel, living into a meaningful relationship with the Indigenous Church, and the pervasive impact of the COVID-19 pandemic on all aspects of ministry in the United Church of Canada.

EC: What has been the most rewarding part of your work in service?

NS: Seeing people for who they are and every now and then, catching a glimpse of them as God sees them. We had an intern at Jubilee who remarked often that what I helped him do was realize that God had called him into ministry, just as he was . . . he didn’t need to change as much as emerge. Hearing that filled my heart.

I am probably too proud of accompanying Jubilee United Church as they realized the value in becoming Affirming, not as a personal goal, but as community outreach and becoming the first Affirming Church in North York. I was there to see them emerge and realize their call.

I remain proud, decades later, of being with Enniskillen and Tyrone churches as they took the cement walls of an old drive shed on the church property and made it into a glorious public garden where anyone in the community could find shelter, beauty and respite.

I am proud of the work of the board and the Office of Vocation, working faithfully to create a system that doesn’t just allow for, but encourages compassion and understanding of the needs of our church as we emerge into God’s call, but also for the individuals doing the same thing and trying to figure out how and where they fit into this shared ministry.

EC: What stands out in your recollections of studying at Emmanuel?

NS: When I think of Emmanuel College, faces of friends flash before my eyes, worship in the chapel, time in the library. . . . the easy way that I could speak with and be heard by the staff in the office, especially Dodie and Jackie Lautens, the registrar in my time. Paul Wilson, Gerry Shepherd, Gary Redcliffe, David Demson and Howard Wells all loom large. Ernie Best brought me into the joy of process theology, a gift that keeps on giving. But I suppose the memory that stands the most was sitting in David Newman’s office in my first year at Emmanuel. David was such a remarkable professor and I thought the world of him. He asked to meet with me because he and some other faculty were concerned that I was not as involved in College life as I could be, that I was missing out on an important part of what Emmanuel had to offer. I remember looking at him with tears forming and just coming apart. I had a new wife and three young sons with no learning curve, I had a crazy business that allowed me to work like crazy for week but then take a month off—so that I could support my family and go to school, I had a church job that was the reason for doing all of this. I was commuting. I was tired. I was afraid. I didn’t know if I could do it. David listened to me. He not only heard me, but he saw me and we talked about where I was in my life. He didn’t advise me, he let me emerge. The theology, the spirituality, the practice and integration of these things were all incredible gifts that I received at Emmanuel, but the thing that mattered most to me was discovering that I was not alone as I sought to follow God’s call.

NS: I am both humbled and surprised to be receiving this award. I look at past recipients and don’t really imagine myself in their company—they have done such great service to the church and the community. However, I will take this an affirmation that seeing people (individually and corporately) for who they are and helping them emerge into God’s call is a service worthy of ministry. I am proud of my association with Emmanuel College and value the lessons that I learned here not just decades ago, but continue to learn from students and faculty today.